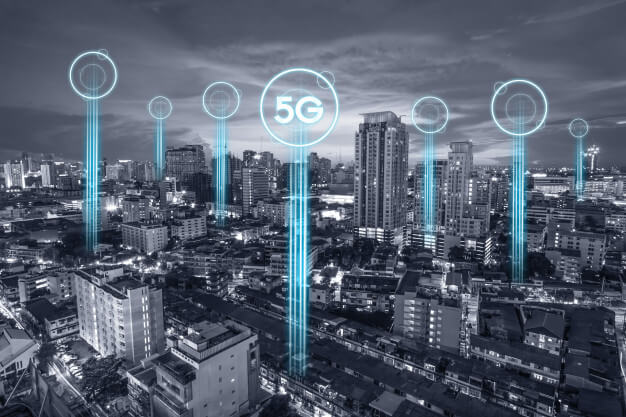 The year 2020 has brought major events in our lives, one being the 5G technology. 5G technology will be rolled out across the globe over five years starting from 2020. Some of the first countries to witness the 5G network will be from Europe. However, with 5G mobile communications rolling out at breakneck speed, many scientists are concerned about the harmful radiation on public health.

5G technology is eagerly awaited by people all around the world due to the various benefits it will offer. The technology promises economic benefits with amazingly fast internet services, global connectivity of devices through IoT, and smart cities. The connectivity will be enabled through apps developed by IoT app development companies. The upcoming 5G network features a higher capacity, lower latency, and increased bandwidth as compared to 4G. 5G technology will play a crucial part in how fast we will adopt technologies such as robotics, medical devices, and autonomous vehicles in our daily lives.

With the governments and telecoms industry implementing 5G technology, there are debates on whether they are rushing into it without fully understanding and analyzing the impact of the electromagnetic radiation produced by 5G on human health.

How electromagnetic radiations can be harmful to humans?

Many may not be aware of the harmful effects of the devices that bring convenience to our lives. Our mobile devices and tablets top the list of the most harmful devices. The radiation emitted by mobile phones is known to damage the brain cells in the long-term. Electromagnetic radiation in high power densities is capable of damaging the skin through thermal mechanisms.

The Radio-frequency (RF) emitted by mobile phones is absorbed by parts of the head or body and converted into heat. Even when the mobile device is not in use (unless turned off), it emits radio signals on its control channel so as to keep contact with its cell tower. It also hands over the network in the phone to another tower when a user crosses into another cell.

Excessive exposure to electromagnetic radiation from mobile devices, WiFi, and other devices is believed to elevate brain cancer, reduced fertility in males and females, and other cancers. Some people also tend to show fatigue, have headaches, cognitive disturbances, and be electro-hypersensitive when exposed to electromagnetic fields.

What are the reasons for 5G technology to cause an alarming concern?

However, the drawback of the 5G network is a short coverage as it will not be able to pass through objects and travel long distances. With a higher bandwidth over a shorter distance, 5G will offer the benefit of faster transmission but will also require more cell towers.

According to the Swiss Foundation for Research in Information Technologies in Society, the 5G network may induce higher power density in the skin as compared to 2G, 3G, or 4G. This is because the 5G network will be using higher frequency bands.

A professor at the Institute for Health and the Environment at University at Albany, stated that the 5G mobile stations will be based in front of every sixth house in every urban street. This means that people will always be exposed to these radiations while walking on the sidewalk and will have elevated exposure in their houses as well.

Research by some scientists on 5G technology

According to a group of international scientists who commented on the potential risks of 5G technology, “Higher frequency (shorter wavelength) radiation associated with 5G does not penetrate the body as deeply as frequencies from older technologies, although its effects may be systemic.’

They also stated that while the impacts of 5G technology are under-researched, exposure to millimeter-wavelength may result in various biological outcomes. Some of these impacts may involve altered gene expression, oxidative stress, skin effects, and systemic effects on immune function.

While some scientists believe 5G technology-related radiation to be harmful to health, other scientists don’t find any such issues with 5G. However, it is evident that RF-EMF exposure certainly increases the risk of developing cancers and adversely impacts health. All scientists do agree on the need for further research on the health impacts of 5G technology.  Therefore, the severity of the threats that RF-EMFs and 5G bandwidths have on human health is still being researched. It is suggested to reduce the usage of mobile devices and use hands-free or speakers to distance the mobile devices form our heads. This will help reduce exposure to RF-EMFs.

I'm a technical writer at AICloudIT, where I work on mobile app and website documentation, technical specifications, white papers, brochures, and marketing collateral. I've been in the software industry since 2010, and have spent time at places like IBM, Accenture, and Adobe.

How to Develop a Beneficial Uber for Handyman Mobile Application to Uplift Your Business?