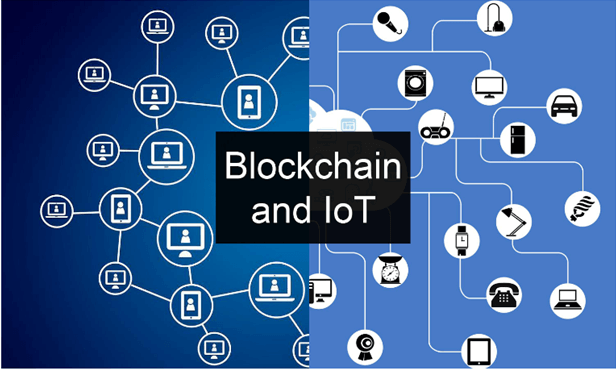 Is Blockchain and IoT convergence the missing link for the ultimate digital dominance across the spectrum? How blockchain-based cloud computing could be the future of IoT?

Since the world was introduced to the Blockchain in 2014 through the massive outburst of Cryptocurrency, its application continues to give air to more and more possibilities. Blockchain, a form of distributed ledger technology, has been able to crystallize digital transactions as a universal channel, irrespective of the abilities of the involved parties.

Today we are exploring opportunities in Blockchain with the Internet of Things (IoT), Blockchain and cybersecurity, blockchain and finance, blockchain and logistics, and even blockchain and real estate. The areas in which blockchain is being utilized are expanding by the days and the future could seem to be affected by it considerably mainly due to the enhanced transparency in the supply chain.

In this article, we will discuss some of the innovations involving IoT blockchain, its opportunities, evolutions, and challenges. Some of the best insurance mobile apps are great examples of IoT Blockchain.

What is the Internet of Things?

Internet of Things or IoT is a network of physical devices, home appliances, and other smart devices embedded with software, electronics, actuators, sensors, and connections that enable them to communicate or transfer data on the user’s command.

Each device connected to the system is uniquely labeled and hence identified by the embedded system and can be controlled individually or collectively. A smart home experience or a fully digital shopping aisle are a few of the countless possibilities created by IoT. Self-driving cars, healthcare systems, wearable technology, and thousands of other devices are being continuously added to the list.

Blockchain is a growing list of “blocks”, in other words, records that are secured from any external or internal tampering or revising using the source code. Each block contains a link to the previous block, transaction data, and a timestamp. Blockchain is resistant to data change from any party and that is the most crucial aspect of its success.

Blockchains are managed by peer-to-peer networks collectively adhering to validation protocols. Once the data is saved in the block, it can not be changed, altered, or erased without the alteration of subsequent blocks, which requires major network collusion.

According to Harvard Business Review blockchain is an open, distributed ledger that can record transactions between two parties efficiently and in a verifiable and permanent way.”

Blockchain in Internet of Things

The real-world application of Blockchain started for recording financial transactions where transactions were recorded and kept by all parties. This made transactions completely transparent and hence made any modification easily trackable. Similarly, Blockchain can be used to enhance the security between IoT devices.

During a blockchain transaction, a block is made when a transaction is done. After that, the block is broadcasted on all the nodes (systems) connected to the network. Then, one of the nodes validates the block, which is also called mining, and broadcasts it back to the same network. The nodes then add the block to their chain of blocks, which if verified with the previous blocks, is accepted by the network.

Why Blockchain in IoT can change the future?

Gartner Market Report announced that the cloud computing market has reached its potential of USD 400 billion. Infrastructure-as-a-service and the Internet of things are expanding at an unprecedented rate of 37.1%. IaaS is dominated by the giants like AWS and Google Cloud for companies that are looking to tap the market of vast computational resources, data storage, and networking.

Now at the need for data security, data privacy, and security concerns of centralized repositories, and you will understand why the future of Blockchain seems bright. With the rise of cloud-based services and intricate routing protocols to reach central servers, high costs, and reducing connectivity performance, all points to one solution.

Blockchain seems to be the much-awaited link between the peer-to-peer contractual behavior without any external party interference. This has directly affected the previous issues related to scalability, time stamping, record, single point of failure, reliability, trust, and privacy.

IoT security was already a challenge where several devices are connected with various openings. Hence Blockchain brings a much-needed reliability factor to the IoT system.

Business models and practical applications are seldom exact, no matter how efficient you are. With blockchain present in the picture even the most complex and crowded systems can be operated flawlessly. Take IBM logistics for example and what they have achieved.

Network legalities and rules can be triggered without human supervision and any exceptions with the infusion of Blockchain-based applications, which in turn is triggered by a blockchain-based system (yes, it is complicated). And lastly, managing the privacy of contacts is also one major concern addressed by the blockchain of IoT.

Blockchain has already been tested in many industries. But its association with IoT has also been under strictly for a while now. For the sake of understanding, let’s take the case of IoT in the insurance sector.

Blockchain is playing a vital role in the enhancement of several processes that need smart contracts. Like in the insurance sector, blockchain is proving to be a game-changer in claims management where every case is unique in its purview and modus operandi. Similarly, the same improvements will be implemented in legal, civil, and criminal cases, making the process seamless, fast, and reliable.

Now, the combination of IoT with blockchain will escalate beyond the pure telematics model to the connection of real-time IoT data and will prove vital in the everyday verification and automation of various policies. It will be interesting to see what other services will fall under its fast-expanding purview.

IoT and Blockchain in Manufacturing and Autonomous processes

Automation has dominated the manufacturing industry for a while now. The revolution which started with the assembly line has come a long way and passed the stages of generic automation processes. Now with IoT and Blockchain, the game is set to go a level further.

From incorporating standard protocols to deploying custom commands of selected lots, IoT and Blockchain will transform automation into a safe, reliable, and remotely controlled process, taking away many of its major drawbacks.

IoT and Blockchain in Smart building and Energy industry

Among building management and energy management evolution, IoT and Blockchain are proving more than worthy as in all other sectors discussed above. One of the most astonishing innovations in leveraging the energy coming from local solar or wind systems, microgrids in the scope of facility optimization and energy efficiency. Once renewable energy production, storage, and distribution are streamlined, it can also generate a steady and green flow of income as well.

How Soon Blockchain will Take the world?

Blockchain and IoT convergence don’t stand on their own. If you observe leading tech giants, you find all working steadily in creating an IoT platform roadmap incorporating blockchain and Artificial Intelligence. Though the pace of progress is different in various sectors, the report confirms positive outcomes.

It is also true that Blockchain solutions are not valid in all sectors, spaces, industries, applications, organizations, their use cases, and corresponding goals. But one a broader ecosystem, one can feel the changes on every changing day. Yes, the quantum computer is yet a distant dream and far from reality, but let me assure you, we are on the right path. If you find this article useful, looking for react native performance improvements, then stay tuned.

Jason Camaya loves carrying his camera wherever he goes. When he doesn’t click pictures, Jason loves to write, play video games, and procrastinate. He has been writing for the technology vertical for quite sometime now, and as talented as he gets, he is giving tough competition to his fellow writers. He has been featured in many websites and blogs.

Trends that Define the Future of Mobile App Development

How is the Internet of Things significantly Changing SEO?