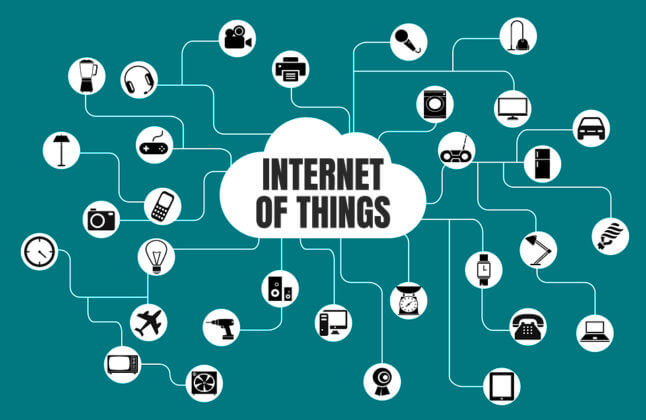 “IoT will stump IT until clouds and big data come aboard,” says Stephen Lawson – a senior American correspondent from San Francisco. These words reflect the role of technology in operating compatible applications on IoT devices.

Read on to know more about the full spectrum of technologies that an IoT development company uses for building supportive applications.

The potential of IoT (internet of things) to transform human lives goes beyond the comprehension of one’s mind.

With a heart monitor, a patient can send data related to their heartbeat to a doctor without visiting the latter’s clinic. Likewise, an eCommerce business owner can get the requisite information about their customers on an IoT device from a place and time of their choice.

An IoT app development company uses both data and compatible technology of IoT devices to build IoT applications. It not only involves just one but multiple technologies at once.

Here’s an insight into the list of technologies that help create IoT applications.

Devices are the internal components of the Internet of Things. They can be of any form, level, shape, and size.

In any IoT deployment, the main function of these devices is to connect the real world with the digital world.

Whether you consider the case of microphones or a heavy construction machine, the devices present within them comprise actuators or sensors. The latter holds the requisite data that are necessary for the flawless and quick execution of the assigned tasks.

Unlike device hardware, the software version does not have any definite form. But it is the element that makes an IoT device smart in the true sense of the term.

From communicating with the cloud to collecting data and connecting devices with one another, device software plays a key role in an IoT environment. Also, it is proficient in analysing the data that belongs to a network.

It is the magic of device software that enables users to not only visualize data but also communicate with their IoT device in a simple and easy way.

Other than hardware and software components, there is a need for a source using which distinct devices in the IoT world can interact with one another.

Communications fulfil the vacuum by serving as the solution to meet this key requirement.

Notwithstanding the linkage of communication with both hardware and software devices, most IoT device manufacturing companies treat it as a distinct entity or level altogether.

One of the major reasons for it is the involvement of both physical solutions and protocols with communications.

Companies pay attention to the choice of the right communication option in the development phase of an IoT application. They do it to add both stability and extra functionalities to the resulting apps.

This choice of an option for communication for an app is also important from the standpoint of its sending and receiving of data on the cloud. Besides, it also determines the manner of interaction of applications in an IoT device interacting with that of third-party devices.

IoT devices and applications operate due to the successful interaction of data and technology. Space is of paramount importance for the gathering, control and analysis of application data. A platform serves as an important medium for the attainment of this goal.

By providing a suitable place for the execution of these data-related tasks, it ensures a user-friendly presentation of data to the users of IoT devices.

Other than performing these functions with proficiency an IoT platform also benefits users in other ways. For instance, it helps in getting meaningful insights from that part of data which comes from the interaction between the devices in an IoT deployment of the environment.

At present, companies have an overwhelming number of choices for the selection of IoT platforms for different projects. In this regard, IoT app development providers make a decision by taking the requirements of their projects into consideration.

Speaking of some such needs, the prominent ones include technology stack, architecture, and protocols. Besides, companies also consider other aspects such as customization properties, reliability, cost-effectiveness while choosing a platform for the development of its IoT apps.

Furthermore, the onus to decide the method for the installation of a platform lies with the app developers of a firm. They can either opt for doing it via the cloud or choose to go with the on-premise installation of suitable platforms.

Technologies for connectivity in the IoT technology stack

For keeping IoT apps in the active or functional mode, and enable them to accomplish the assigned tasks with dexterity, it is imperative to make them work hand in hand.

In order to achieve this objective, companies work on ways to establish proper interaction between the data of apps and the cloud. This is precisely where the role of connectivity comes to the fore.

However, there is a long list of technology for the connectivity of applications.

Some of them come in handy in connecting applications with the cloud and vice-versa over a shorter range. Others enable IoT devices and applications to do so even as they are a long way away from the source.

Companies use the following connectivity solutions for the exchange of data between apps and the cloud and vice-versa:

Message Queuing Telemetry Transport (MQTT) is a network protocol for publishing and subscription that is lighter in weight and complies with ISO/EIC20922 and OASIS. It is a valuable addition to the existing list of technologies used in the development of IoT applications.

Its primary function is to help in the transmission of messages across IoT devices that are connected over a network.

The development of IoT applications boils down to the aggregate of data management, interaction among the supporting devices and the choice of the technology stack. Companies use the aforementioned technology and connectivity options to develop IoT apps.

James Grills is currently associated with Cumulations Technologies, Flutter App Development Company. He is a technical writer with a passion for writing on emerging technologies in the areas of mobile application development and IoT technology.

What Is Email Spoofing And How To Avoid It?