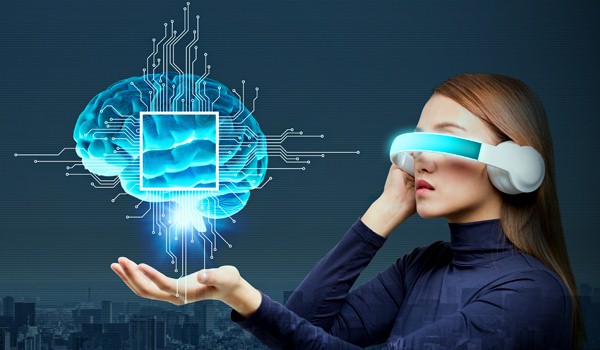 The head of Sberbank German Gref talked with the humanoid robot Sofia in Davos. She advised making less films like Terminator. We agree with her and tell us why fantasies about artificial intelligence diverge greatly from reality.

The ideas of creating a humanoid artificial creature have been around for thousands of years. Hephaestus had mechanical servants, Pygmalion had Galatea, and Pope Carlo had Pinocchio.

Artificial intelligence has not yet gained strength, did not manage to take over the world and enslave humanity, but we have already stuck the DANGER label on it.

Nowadays, the emergence of a cyborg with artificial intelligence, always ready to support any conversation or take on all the housework, perhaps only in works of art and under unknown circumstances. Science fiction writers in the middle of the last century predicted for us, the current inhabitants of a happy future, completely different opportunities and even a technological apocalypse. However, the formula “Robot to every home” was not embodied in the way its futurists and dreamers imagined.

Waiting: An anthropomorphic assistant robot that brightens up loneliness, watches the children in your absence, walks the dog, tells you the recipe for pasta with anchovies and makes coffee. And will walk on two legs.

Reality: Such mechanisms exist, but they are too expensive, so they remain inaccessible to most buyers.

Developments such as home robots Aeolus Robotics remain in the status of prototypes and beautiful illustrations due to the complexity of manufacturing and unique materials. But such machines are good in industrial work. About 100,000 robots work at Amazon’s warehouses around the world, although they remind people very remotely.

Another promising option is the robot ginoid Sofia, the brainchild of the Hong Kong-based company Hanson Robotics. The creators endowed her with artificial intelligence, Audrey Hepburn’s appearance, facial recognition and speech recognition technology, and Saudi Arabia – citizenship. It is reported that recently Sofia acquired the ability to walk independently and express 62 emotions. Nevertheless, it remains a demonstration model and symbol, but not a practical instance for working with people.

Waiting: A self-learning program that gains consciousness in a stream of information, like the Puppeteer from the 1995 “Ghost in the Shell”.

Neural networks can be taught to create literary works. Last year, neural networks wrote a story about Harry Potter, in which the main characters spoke strange phrases and performed strange actions like “Harry pulled his eyes out of his head and threw them into the forest.”

ANN can compose verses in the style of Kurt Cobain and even write a black metal album. The capabilities of neural networks work in real life, for example, when creating smart operating technologies that do not require human involvement. To go beyond the limits of human control ANNs still can not.

Waiting: Unmanned vehicles with artificial intelligence that will safely deliver a passenger to any point on a given route without requiring direct driver control of the road.

Reality: Most often in conversations about the disastrous prospects for the development of artificial intelligence for humanity, just unmanned vehicles recall.

They already exist in our lives. They have been tested for decades, with varying success; companies around the world are engaged in developments, present the latest technologies at prestigious exhibitions, and cornering errors and red light directions are discussed by the whole world.

I'm a technical writer at AICloudIT, where I work on mobile app and website documentation, technical specifications, white papers, brochures, and marketing collateral. I've been in the software industry since 2010, and have spent time at places like IBM, Accenture, and Adobe.

What is Machine Learning? A Look into Its 2022 Innovations

What is Salesforce LinkedIn Integration and what benefits can you avail?