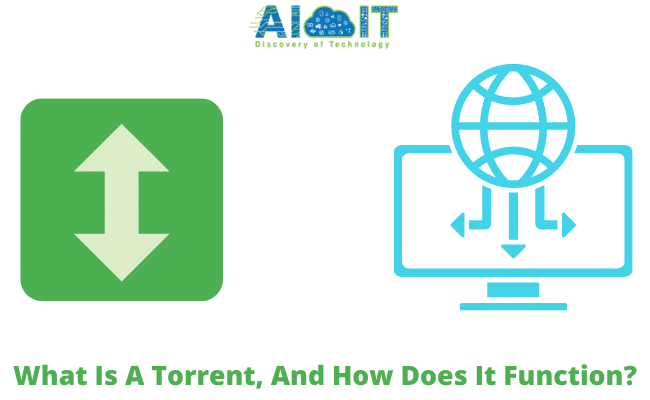 Before streaming became the norm, downloading movies, music, and games from Torrent was in vogue. Torrent is associated with pirated content, and rightfully so since most of the files downloaded through Torrent are copyrighted materials. It is considered by the “Pirates” to be a foolproof method of getting copyrighted content.

What Is A TORRENT?

Torrents are files that are shared through a decentralized, peer-to-peer sharing network. The peer-to-peer network allows one to share files without uploading them into a server. The term torrents can also refer to the file extension or the Metadata.

Understanding the term Torrent is not enough to know how it works. But to understand how torrents and torrenting works, we must understand how our regular server and downloading from server works, via AMTricks you can learn and understand more about torrents.

How Do Torrents Function?

When we visit any website, the browser we use sends a request to the IP address of the website. The website server then checks the authentication of the received request and responds, and we see the requested page. Technically, the server sends an HTML page, and our browser “Downloads” the HTML of the website.

Now looking at it globally, any website we visit has a server or numerous servers. These servers could be in one place or spread across the globe. When we see a particular website, our browser acts as a client and sends a request to a server of this web server.

Know more: What Is Email Spoofing And How To Avoid It?

We are not the only client of this server; numerous clients sometimes request the server at the same time. We have to ask a server for each visit where all information we need from the website is uploaded. We have to download the complete report from that single server. This is how a centralized sharing network works.

One drawback of a centralized sharing network is that if the server in use shuts down or stops working, our effort to download the file would be a complete waste since we are downloading the whole file from a single server.

The unique feature about torrents is the file that we are trying to download does not come from a single seeder but multiple seeders. The file is broken into many smaller pieces, and each piece is received from a different seeder. The torrent client is responsible for arranging the file in the correct sequence and making it a complete file.

The first seeder uploads the whole file downloaded by several leechers, eventually making them seeders as well. If the first seeder wishes not to be caught, they can turn off their seeding and go off the swamp, making it difficult to be tracked down.

This brings us to the pros and cons of torrents. Generally speaking, torrenting is not bad; large files can be shared easily in small pieces using other computers in the network. Social media giant Metaverse also uses a similar process to upload large files to their server to conserve bandwidth. It becomes illegal when this protocol shares copyrighted content like movies, songs, and games.

BitTorrent protocol became so popular that there has been a legal crackdown on its usage for pirated content. Over 12% of the internet traffic in North America is credited to BitTorrent and 36% in the Asia Pacific region, according to a study in 2012. The new Copyright Alert system targets BitTorrent traffic alone. In short, one could be fined or even jailed for pirating content through torrents.

Though most torrent files are relatively safe to download, one can never be too careful since malware-ridden Torrents are incredibly widespread. Downloading from torrents should be at one’s own risk.

How to Develop a Beneficial Uber for Handyman Mobile Application to Uplift Your Business?

How To Make A Chatbot Using Natural Language Processing?

Standard Form of IT Procurement Contracts